Is This John Wayne? 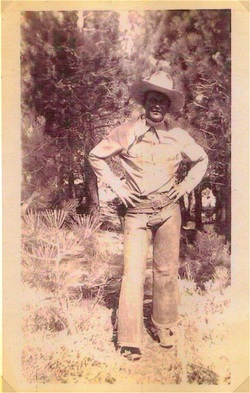 The problem lies in the fact that John Wayne didn't bother to remember each and every film he worked on, and the fact that he worked on some films as a crew, but not cast member compounds the problem. When famed director Raoul Walsh first caught a glimpse of Wayne, young Duke was moving furniture on the Fox lot. Something he had been doing for at least four years prior to Walsh "discovering" him, and during that four year period the young college football player found himself in front of the camera on several occasions.

The generally accepted thought is that Wayne first appeared in front of the camera on the 1926 Tom Mix western, The Great K&A Train Robbery. That, however, is not the truth, as research has shown that he also appeared in Brown of Harvard and Bardeley's the Magnificient, both of which were filmed on the MGM lot before The Great K&A Train Robbery, and in fact, were in production while Wayne was still enrolled at the University of Southern California! In addition, Wayne himself stated that he also worked on some silent comedy shorts starring the great Lloyd "Ham" Hamilton, saying that Hamilton gave him those uncredited extra parts at the behest of John Ford who had met Wayne for the first time on the set of Mother Machree in 1926. This fact has caused some researchers to ponder just what Ham Hamilton films Wayne may have worked on. Some claim that since Wayne had first met John Ford in 1926, then Ford could not have asked Hamilton to put Wayne in front of the cameras until after that time. However, this reasoning ignores the possibility that Hamilton may have seen Wayne working on a set and mentioned him to John Ford (they were close friends) and Ford may have simply told Hamilton to put Wayne in as an extra on some of his films to see how the young prop man looked on film. If Ford saw those Hamilton shorts with Wayne in them, then they may have been the deciding factor for Ford in hiring Wayne on Mother Machree. As any true student of Wayne's film career knows, he was, as they say, a "natural" in front of the camera, and Ford would have certainly recognized that talent. So this is another possibility that far too many researchers discount without really thinking about it.

Further research has also shown that before Walsh "discovered" Wayne in 1929 and placed him under contract for The Big Trail, Wayne also worked with several other directors on the Fox lot and elsewhere, including Frank Borzage, John Robinson, Benjamin Stoloff, James Tingling, Michael Curtiz, King Vidor and others. The names of these films, however, have largely been lost to time. Dedicated John Wayne researchers are spending countless hours watching old films frame by individual frame, studying each and every person and face in those frames, searching for any possible glimpse of John Wayne, and that is what this page is all about.

Here can be found many stills from several old films. The question you have to ask yourself in viewing these rare, old screen shots is, "Is that John Wayne?" You can click on any screen shot to enlarge it. We are asking you to become part of this historic research. we are not going to tell you which person we think may be John Wayne, as we'll leave it up to you to decide 1) if John Wayne appears in any given screen shot, and 2) which person (if any) in the screen shot could be John Wayne. If you think you see John Wayne in any of the following screen shots, please use the contact form (see the link on the navigation bar above) to contact us and let us know. Be sure to tell us which screen shot you think John Wayne is in (for example: Screen Shot #12), and which person you think is John Wayne (for example: "Third person from right, dark cap", etc.). New screen shots will be added as we come across them, so be sure to check back often! We are including a collage of photos of a young John Wayne to use as a comparison. Good luck and thank you all in advance for your help! 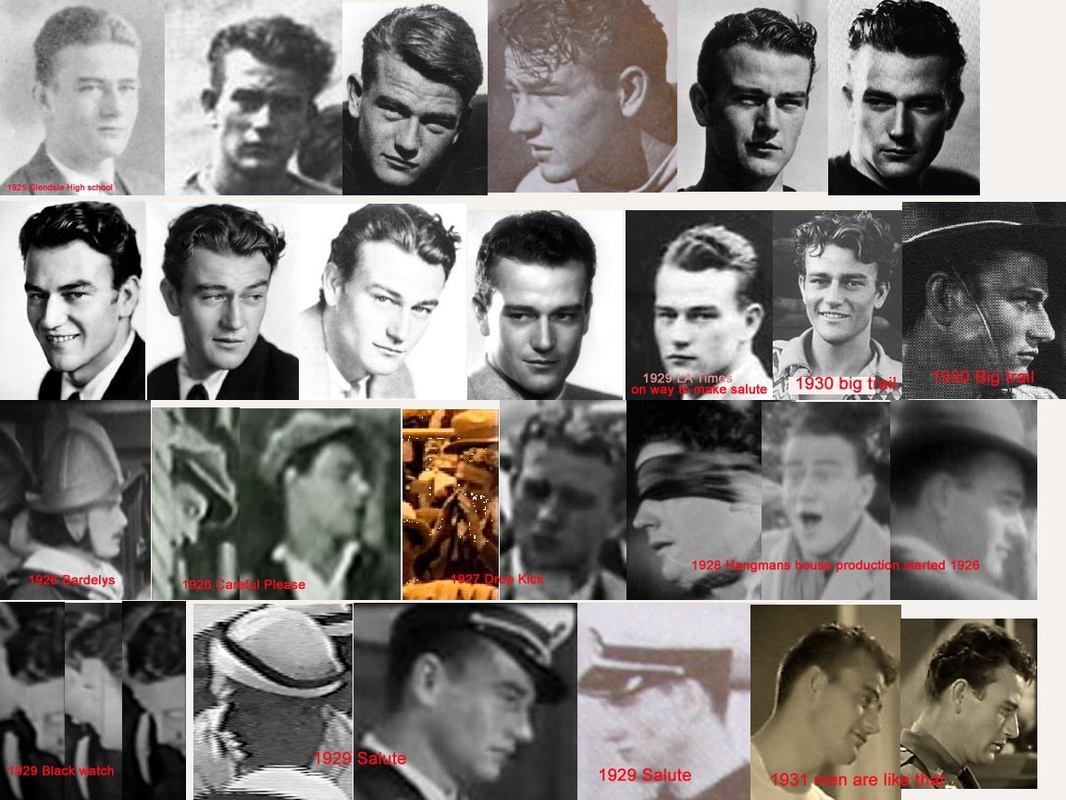